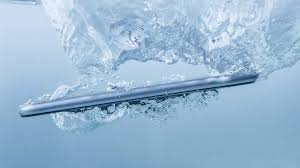 The following actions can mean the difference between a totaled phone or a survival story. You better be careful what you do. Before we jump into finding a solution, let’s try to prevent major failures you could cause.

Do not turn on the phone, as we already mentioned. Electrical components don’t play well with water when operating.
Don’t plug it in either! For the same reason.
Don’t press any keys. This can push water further into the phone. It’s best to try to mess with the phone as little as possible.
Don’t shake or blow into the device. This could also push water into deeper areas of the phone. Especially try to avoid blow driers – not only because of the blowing part, but also because of the following point.
Do not apply any heat to the phone. Remember excessive heat can also damage the phone. You don’t want to add more damage!
Don’t move the phone around too much. Same deal; you don’t want the water moving around inside the phone.

Don’t mistake this step with “take the whole darn phone apart”! What I mean is that you should remove everything that is user-removable. If you back cover is removable, take it off. Similarly, try to remove the battery (if you can), SIM card and SD card. Lay it all out in the paper towel.

Now, if you are an experienced tech specialist of sorts and know the ins and outs of a phone, and don’t mind risking voiding your warranty, you can go ahead and take the whole phone apart too. It might help with drying up every single piece faster. Just be careful, if you don’t know what you’re doing this could cause more harm than good.